I wanted to put out some thoughts about the Joe Rogan racism controversy. A video surfaced recently of Joe using the n-word multiple times over the.. 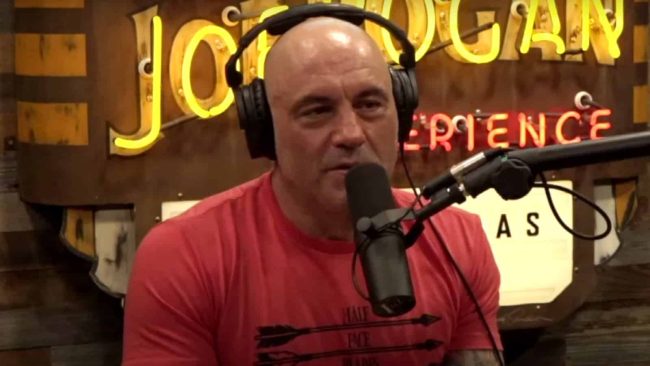 I wanted to put out some thoughts about the Joe Rogan racism controversy. A video surfaced recently of Joe using the n-word multiple times over the years on his show and elsewhere.

Joe has come out and apologized, saying he used to think it was ok for anyone to use the word, but now he thinks differently, and that the video looked bad even to him. He went on to say that he’s not used the epithet in years, and that he was very sorry.

I’ve not dug into it deeply, but my first impression having watched a lot of Joe Rogan in the past is that the guy is obviously not racist—at least as the person he is now and probably has been for like a decade or so. I judge this by the number of diverse friends he seems to have in his life and his relationship with people like Dave Chapelle. When he sits with his many diverse friends riffing on comedy and life for hours at a time, the love between them feels impossible to fake.

I think people can change. I think Joe is from Philadelphia, and I think he’s from a background where racism is normal and accepted. He also grew up in the early 80’s. In my mind those all add up to him likely being racist, or at least acting racist, in his past somewhere. And I doubt he’d disagree with that.

But people can change, and it seems clear to me that Joe is way different now than he was in the past. He’s largely a hippie at this point in the sense of giving love to people. He loves hearing about people’s stories. Lifting people up. This is what his show started as, and if you look at his guest list it’s pretty damn diverse. Those are his people. His friends. And his colleagues in his world of comedy and MMA.

The point of all this is to say that the 80’s was a different world when it came to racism. Hell, the early 2000’s were a different world compared to now. A massive portion of people reading these words has used epithets in the past, either out of hatred or to be funny, and in a way that would destroy their careers if it were public.

We have to start judging people for who they are today, not for who they were in the past. This is especially true since our culture has evolved so quickly in the last 10 years—forcing people to see the flaws in their previous behavior. We must give people the ability to evolve away from their previous selves and into a more open, loving, and considerate person.

There are disavowed white supremacists walking around today spreading love towards the people they hurt. We should reward and encourage that rather than discard or ridicule it because of who they used to be.

There are, of course, people who are faking their apologies, and those types should obviously not be forgiven. But thankfully I think it’s pretty easy for most people, and to the Wisdom of Crowds as a whole, to see the difference.

Join the Unsupervised Learning Community
I read 20+ hours a week and send the best stuff to ~50,000 people every Monday morning.

It’s ok to hold someone responsible, and to demand a full apology from someone who’s been horrible in the past. Growing up in the 80’s, or around other hateful people, can be listed as valid explanations but never as excuses.

But when someone does fully come around, sees how messed up they were, and truly apologizes and changes their ways—we have to embrace them as examples, not clobber them with their previous selves. We must, as a society, give flawed people a path to redeem themselves. Not for Weinstein. Not for Spacey. Not for people who have done too much harm or are unable to change. But in most cases—for most people.

It’s time for the second phase of cancel culture. The first phase was a much-needed purge. I’m glad it happened, and we need to be ready to do it again if necessary. It refreshed us tremendously and upgraded our standard for acceptable behavior. There’s a name for cringing at movies from the 80’s and 90’s—it’s called progress.

But if the first phase was The Purge, this second phase needs to be The Redemption. It’s time to reclaim those who have actually felt the shame, honestly apologized, and done the hard work of improving themselves.

We should absolutely celebrate perfect people who have never felt hatred or been a shitty person when they were young. But maybe those people weren’t perfect at all. Maybe they were just lucky to have non-racist parents and friends.

I’d argue we need to celebrate even more those who weren’t so lucky. The people who grew up in a racist neighborhood with racist friends and family, and who—despite all that—found a way to realize it was wrong and change their behavior.

Let’s make that the second gift of cancel culture. Like the presence of new flowers after removing the weeds.