A 24-year-old New York man who bragged about helping to steal more than $20 million worth of cryptocurrency from a technology executive has pleaded..

A 24-year-old New York man who bragged about helping to steal more than $20 million worth of cryptocurrency from a technology executive has pleaded guilty to conspiracy to commit wire fraud. Nicholas Truglia was part of a group alleged to have stolen more than $100 million from cryptocurrency investors using fraudulent “SIM swaps,” scams in which identity thieves hijack a target’s mobile phone number and use that to wrest control over the victim’s online identities. 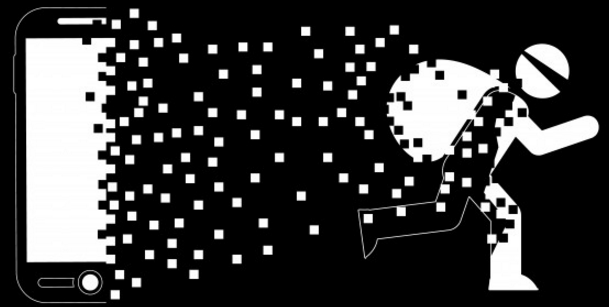 Truglia admitted to a New York federal court that he let a friend use his account at crypto-trading platform Binance in 2018 to launder more than $20 million worth of virtual currency stolen from Michael Terpin, a cryptocurrency investor who co-founded the first angel investor group for bitcoin enthusiasts.

Following the theft, Terpin filed a civil lawsuit against Truglia with the Los Angeles Superior court. In May 2019, the jury awarded Terpin a $75.8 million judgment against Truglia. In January 2020, a New York grand jury criminally indicted Truglia (PDF) for his part in the crypto theft from Terpin.

A SIM card is the tiny, removable chip in a mobile device that allows it to connect to the provider’s network. Customers can legitimately request a SIM swap when their mobile device has been damaged or lost, or when they are switching to a different phone that requires a SIM card of another size. 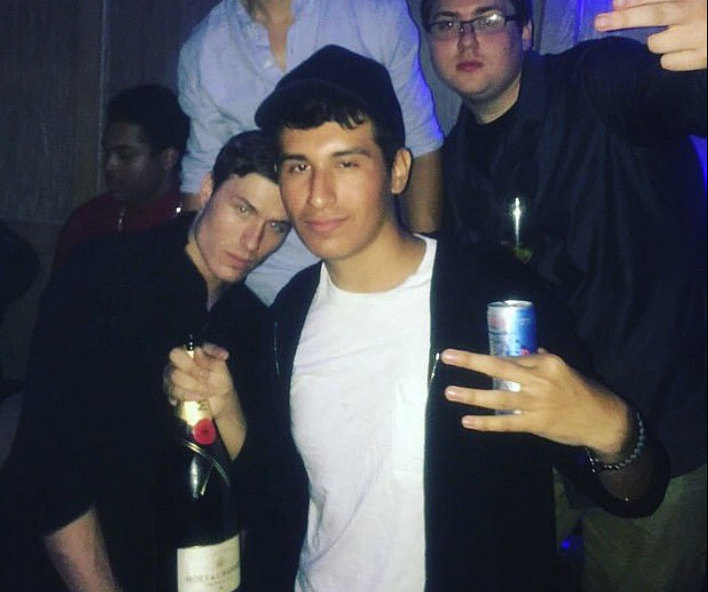 But fraudulent SIM swaps are frequently abused by scam artists who trick mobile providers into tying a target’s service to a new SIM card and mobile phone controlled by the scammers. Unauthorized SIM swaps often are perpetrated by fraudsters who have already stolen or phished a target’s password, as many financial institutions and online services rely on text messages to send users a one-time code for multi-factor authentication.

Compounding the threat, many websites let customers reset their passwords merely by clicking a link sent via SMS to the mobile phone number tied to the account, meaning anyone who controls that phone number can reset the passwords for those accounts.

Reached for comment, Terpin said his assailant got off easy.

“I am outraged that after nearly four years and hundreds of pages of evidence that the best the prosecutors could recommend was a plea bargain for a single, relatively minor count of the unauthorized use of a Binance exchange account, when all the evidence points toward Truglia being one of two masterminds of a wide-ranging criminal conspiracy to steal crypto from me and others,” Terpin told KrebsOnSecurity.

“He at the very least withdrew 100 bitcoin (worth $1.6 million at the time and nearly $5 million today) from my theft into his wallet at a separate, US-based exchange, and then moved or spent it,” Terpin said. “The fact is that the intentional theft of $24 million, whether taken at the point of a gun in a bank or through a SIM card swap, is a major felony. Truglia should be prosecuted to the fullest extent of the law.” 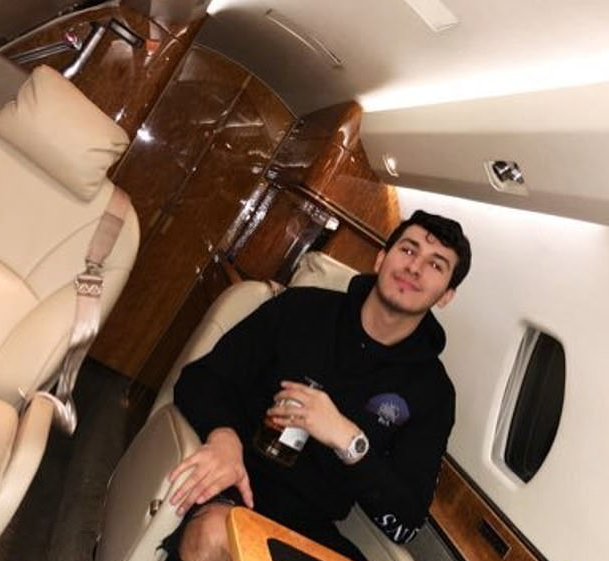 Nicholas Truglia, showing off a diamond-studded Piaget watch while aboard a private jet. Image: twitter.com/erupts.

Terpin also is waging an ongoing civil lawsuit against 18-year-old Ellis Pinsky, who’s accused of working with Truglia as part of a “SIM swapping” crew that has stolen more than $100 million in cryptocurrency. According to Terpin, Pinsky was 15 when he took part in the $24 million 2018 SIM swap, but he returned $2 million worth of cryptocurrency after being confronted by Terpin’s investigators.

“On the surface, Pinsky is an ‘All American Boy,'” Terpin’s civil suit charges. “The son of privilege, he is active in extracurricular activities and lives a suburban life with a doting mother who is a prominent doctor.”

“Despite their wholesome appearances, Pinsky and his other cohorts are in fact evil computer geniuses with sociopathic traits who heartlessly ruin their innocent victims’ lives and gleefully boast of their multi-million-dollar heists,” the lawsuit continues. “Pinsky is reputed to have used his ill-gotten gains to purchase multi-million-dollar watches and is known to go on nightclub sprees at high end clubs in New York City, and Truglia rented private jets and played the part of a dashing playboy with young women pampering him.”

Pinksy could not be immediately reached for comment. But a review of the latest filings in the lawsuit show that Pinsky’s attorneys stopped representing him because he no longer had the funds to pay for their services. The most recent entry in the New York Southern District’s docket asks the court to give Pinsky additional time to seek counsel, and hints that barring that he may end up representing himself. 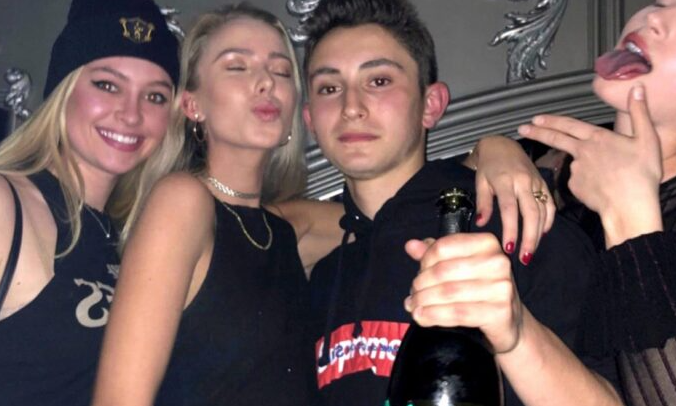 Ellis Pinsky, in a photo uploaded to his social media profile.

Truglia is still being criminally prosecuted in Santa Clara, Calif., the home of the REACT task force, which pursues SIM-swapping cases nationwide. In November 2018, REACT investigators and New York authorities arrested Truglia on suspicion of using SIM swaps to steal approximately $1 million worth of cryptocurrencies from Robert Ross, a San Francisco father of two who later went on to found the victim advocacy website stopsimcrime.com.

According to published reports, Truglia and his accomplices also perpetrated SIM swaps against the CEO of the blockchain storage service 0Chain; hedge-funder Myles Danielson, vice president of Hall Capital Partners; and Gabrielle Katsnelson, the co-founder of the startup SMBX.

Truglia is currently slated to be sentenced in April 2022 for his guilty plea in New York. He faces a maximum sentence of up to 20 years in prison.

Erin West, deputy district attorney for Santa Clara County, told KrebsOnSecurity that SIM swapping remains a major problem. But she said many of the victims they’re now assisting are relatively new cryptocurrency investors for whom a SIM swapping attack can be financially devastating.

“Originally, the SIM swap targets were the early adopters of crypto,” West said. “Now we’re seeing a lot more of what I would call normal people trying their hand at crypto, and that makes a lot more people a target. It makes people who are unfamiliar with their personal security online vulnerable to hackers whose entire job is to figure out how to part people from their money.”

West said REACT continues to train state and local law enforcement officials across the country on how to successfully investigate and prosecute SIM swapping cases.

“The good news is our partners across the nation are learning how to conduct these cases,” she said. “Where this was a relatively new phenomenon three years ago, other smaller jurisdictions around the country are now learning how to prosecute this crime.”

All of the major wireless carriers let customers add security against SIM swaps and related schemes by setting a PIN that needs to be provided over the phone or in person at a store before account changes should be made. But these security features can be bypassed by incompetent or corrupt mobile store employees.

For some tips on how to minimize your chances of becoming the next SIM swapping victim, check out the “What Can You Do?” section at the conclusion of this story.