Many readers were surprised to learn recently that the popular Norton 360 antivirus suite now ships with a program which lets customers make money..

Many readers were surprised to learn recently that the popular Norton 360 antivirus suite now ships with a program which lets customers make money mining virtual currency. But Norton 360 isn’t alone in this dubious endeavor: Avira antivirus — which has built a base of 500 million users worldwide largely by making the product free — was recently bought by the same company that owns Norton 360 and is introducing its customers to a service called Avira Crypto. 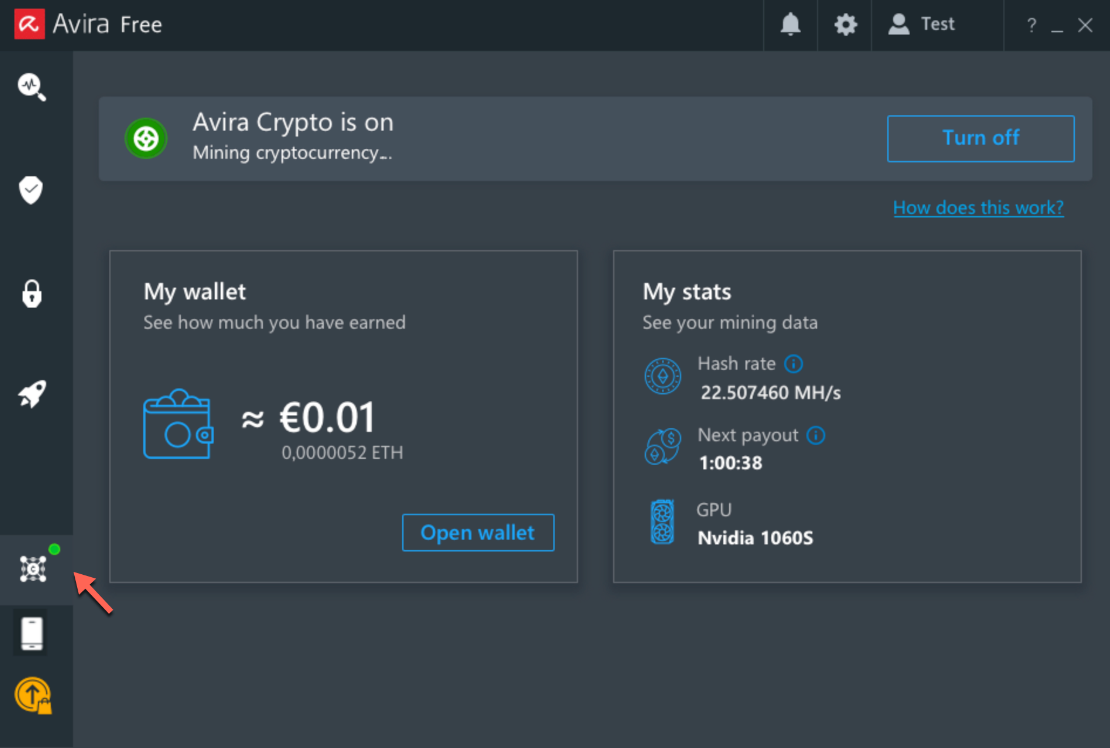 In 2017, the identity theft protection company LifeLock was acquired by Symantec Corp., which was renamed to NortonLifeLock in 2019. LifeLock is now included in the Norton 360 service; Avira offers users a similar service called Breach Monitor.

Like Norton 360, Avira comes with a cryptominer already installed, but customers have to opt in to using the service that powers it. Avira’s FAQ on its cryptomining service is somewhat sparse. For example, it doesn’t specify how much NortonLifeLock gets out of the deal (NortonLifeLock keeps 15 percent of any cryptocurrency mined by Norton Crypto).

“Avira Crypto allows you to use your computer’s idle time to mine the cryptocurrency Ethereum (ETH),” the FAQ explains. “Since cryptomining requires a high level of processing power, it is not suitable for users with an average computer. Even with compatible hardware, mining cryptocurrencies on your own can be less rewarding. Your best option is to join a mining pool that shares their computer power to improve their chance of mining cryptocurrency. The rewards are then distributed evenly to all members in the pool.”

NortonLifeLock hasn’t yet responded to requests for comment, so it’s unclear whether Avira uses the same cryptomining code as Norton Crypto. But there are clues that suggest that’s the case. NortonLifeLock announced Avira Crypto in late October 2021, but multiple other antivirus products have flagged Avira’s installer as malicious or unsafe for including a cryptominer as far back as Sept. 9, 2021. 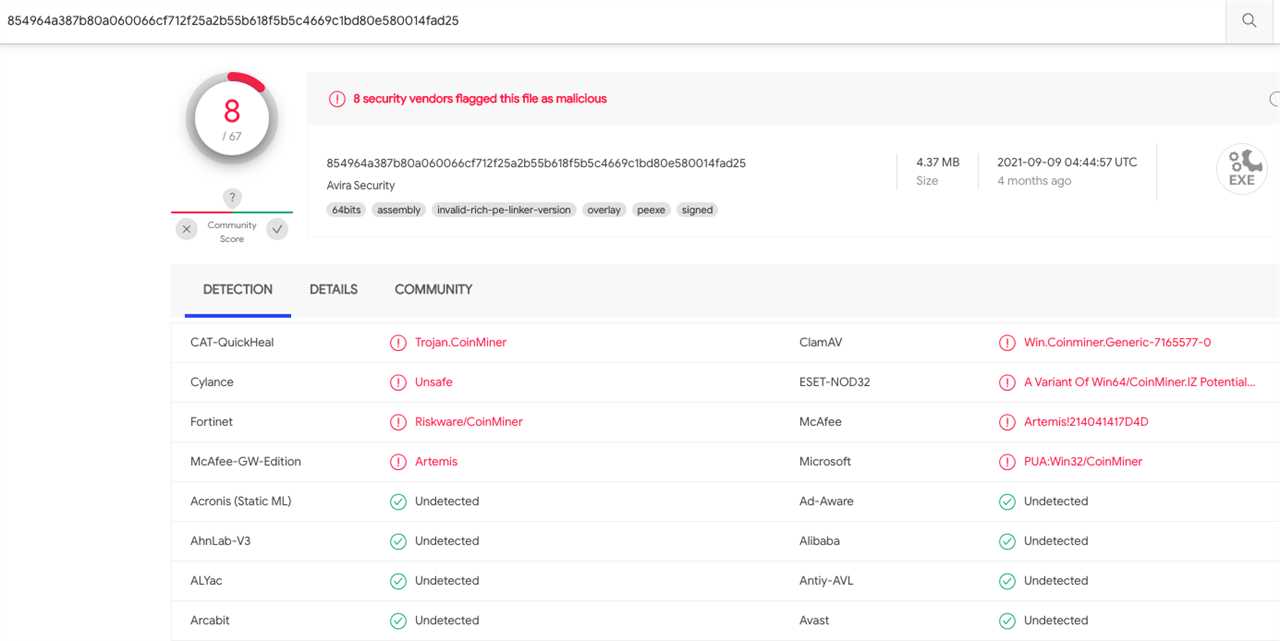 Avira was detected as potentially unsafe for including a cryptominer back in Sept. 2021. Image: Virustotal.com.

The above screenshot was taken on Virustotal.com, a service owned by Google that scans submitted files against dozens of antivirus products. The detection report pictured was found by searching Virustotal for “ANvOptimusEnablementCuda,” a function included in the Norton Crypto mining component “Ncrypt.exe.”

Some longtime Norton customers took to NortonLifeLock’s online forum to express horror at the prospect of their antivirus product installing coin-mining software, regardless of whether the mining service was turned off by default.

“Norton should be DETECTING and killing off crypto mining hijacking, not installing their own,” reads a Dec. 28 thread on Norton’s forum titled “Absolutely furious.”

Others have charged that the crypto offering will end up costing customers more in electricity bills than they can ever hope to gain from letting their antivirus mine ETH. What’s more, there are hefty fees involved in moving any ETH mined by Norton or Avira Crypto to an account that the user can cash out, and many users apparently don’t understand they can’t cash out until they at least earn enough ETH to cover the fees.

In August 2021, NortonLifeLock said it had reached an agreement to acquire Avast, another longtime free antivirus product that also claims to have around 500 million users. It remains to be seen whether Avast Crypto will be the next brilliant offering from NortonLifeLock.

As mentioned in this week’s story on Norton Crypto, I get that participation in these cryptomining schemes is voluntary, but much of that ultimately hinges on how these crypto programs are pitched and whether users really understand what they’re doing when they enable them. But what bugs me most is they will be introducing hundreds of millions of perhaps less savvy Internet users to the world of cryptocurrency, which comes with its own set of unique security and privacy challenges that require users to “level up” their personal security practices in fairly significant ways.