What is the Slowdown? Market Turmoil aside, the pace of private-company funding continues into 2022

With the current volatility in the public markets, paused public debuts, rumors of private-company financing term sheets being renegotiated, and.. 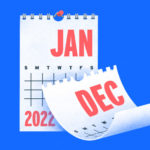 With the current volatility in the public markets, paused public debuts, rumors of private-company financing term sheets being renegotiated, and pandemic restrictions slowly lifting, there are a lot of questions about what the venture funding market will look like this year.

But while the startup funding environment in 2022 could look very different from 2021—the year new records were set across almost every benchmark for venture funding—January, at least, remained very strong.

Despite the tumult, global funding to private companies last month clocked in at $61 billion, the fourth month above the $60 billion mark in the last 12 months, per Crunchbase data.

Close to $3 billion was invested globally at seed last month. Startup investors spent another $18 billion at early stage and just over $40 billion at the later stage and technology-growth stage, according to Crunchbase data.

On the unicorn front, 45 companies joined the Crunchbase Unicorn Board in January, matching the new unicorn count for December 2021, and up slightly compared to January 2021, when 43 new unicorns were minted. The Crunchbase Board now has just under 1,200 companies that have collectively raised $704 billion and are altogether valued above $4 trillion for the first time.

In keeping with recent trends, some of the largest fundings went to European unicorns:

The firms with the highest count of rounds led in January were Tiger Global, Insight Partners, Sequoia Capital India, the SoftBank Vision Fund and Andreessen Horowitz, each with more than 10 fundings led. 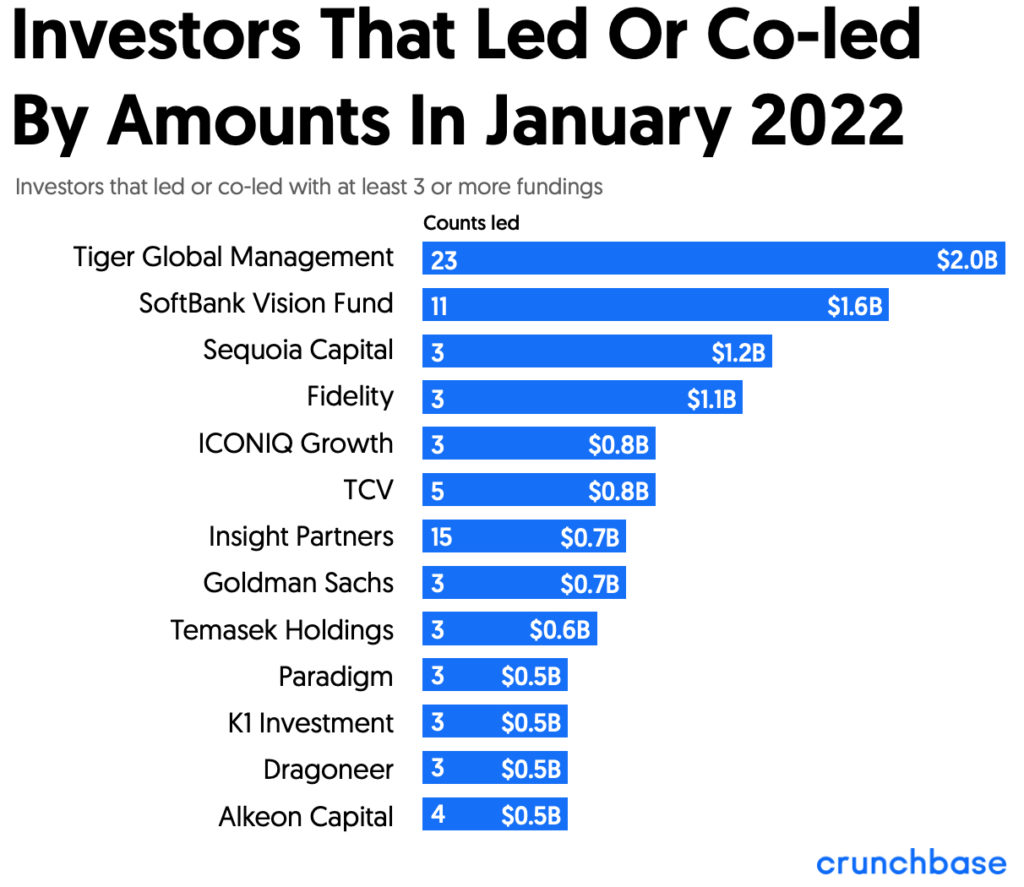 Other firms that closed on funds include Kleiner Perkins, Khosla Ventures, Foundation Capital, Blossom Capital and Cherry Ventures, among others.

In the past week, the public markets for technology stocks have begun to rally. Microsoft, Alphabet, Apple and Tesla all reported strong fourth-quarter earnings, prompting their shares to rise. The earlier correction might well be overstated, which would be good news for late-stage private financings.

All Crunchbase Pro queries are dynamic, with results updating over time. They can be adapted by location and/or timeframe for analysis.

Funding rounds included in this report are seed, angel, venture, corporate-venture and private-equity rounds in venture-backed companies. This reflects data in Crunchbase as of Feb. 2, 2022. 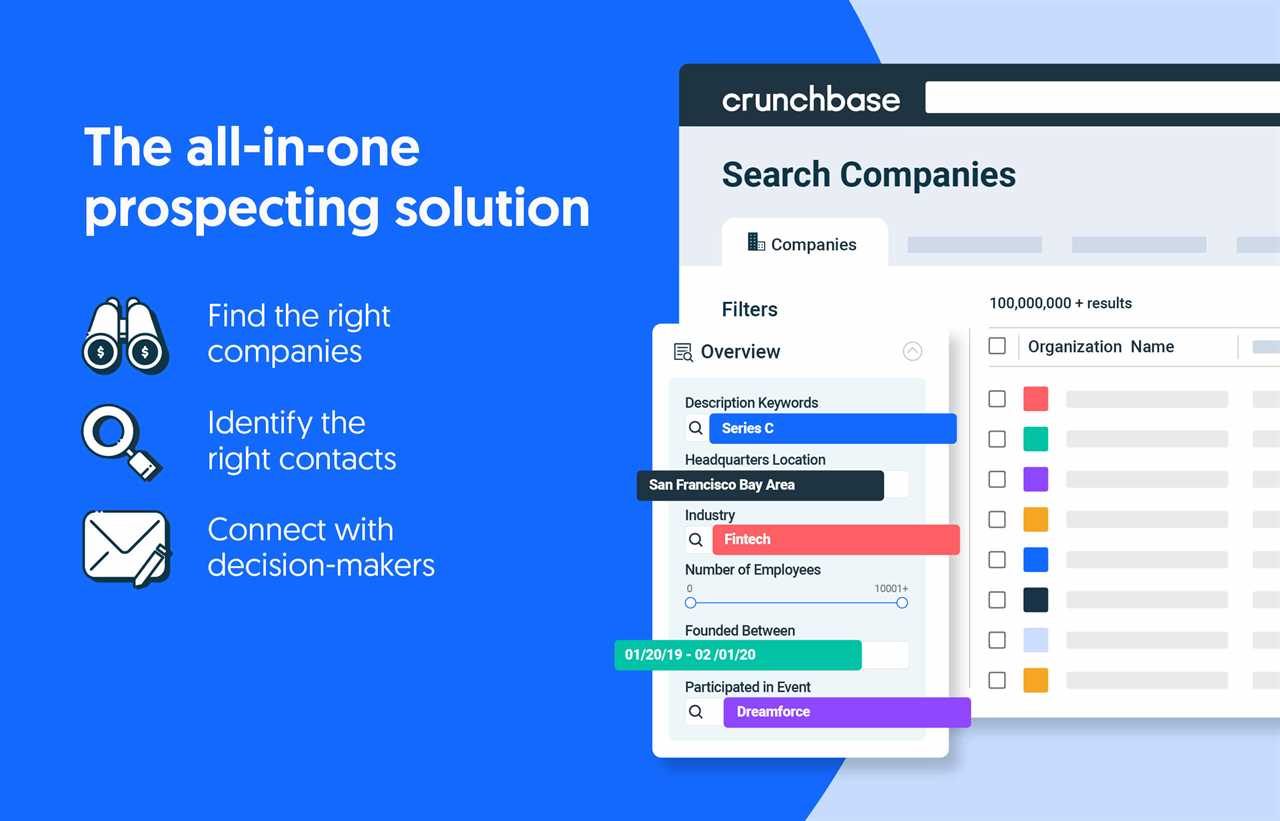 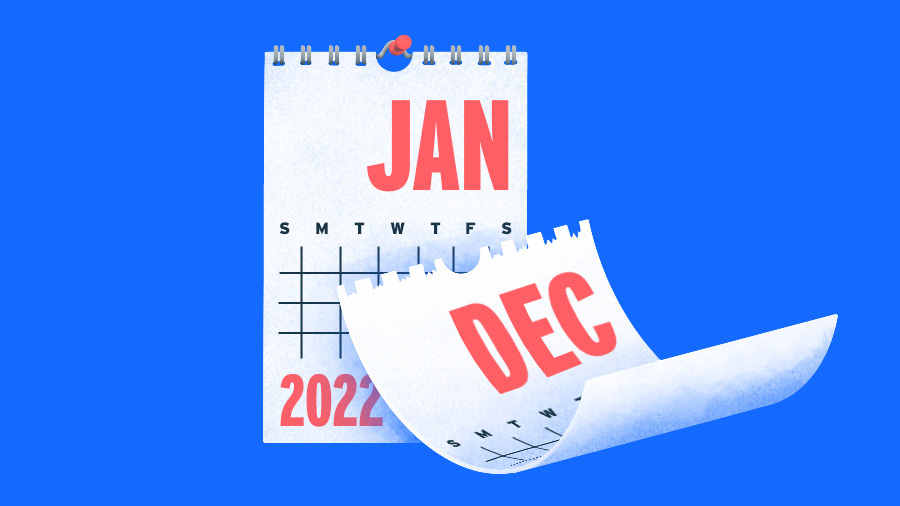