Across the board, 2021 has been a banner year for U.S. startup funding. But some industries are seeing much larger investment gains than others.. 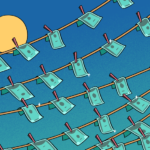 Across the board, 2021 has been a banner year for U.S. startup funding. But some industries are seeing much larger investment gains than others.

In an effort to see where funding spigots are flowing fastest, Crunchbase News took a look at Series B investment across a range of sectors. We looked at which industries have seen the largest year-over-year gains as well as those where average and median round sizes are growing fastest.

So which sectors are up the most? For both total funding and round counts, financial services and shopping/e-commerce saw the largest year-over-year spikes. Financial services had the highest median round size of the industries we looked at, while health care had the largest average deal size.

Overall, every industry we looked at was way up for Series B investment. We focused on this stage as a proxy for the broader venture funding ecosystem as Series B typically represents the point in a startup’s lifecycle when it has proven technology or market traction and is on the cusp of major scaling.

We’ll start by taking a look at total Series B investment across industries for the past two calendar years. As you can see in the chart below, even with a month left in 2021, every industry we looked at has already posted a double-digit percentage gain: 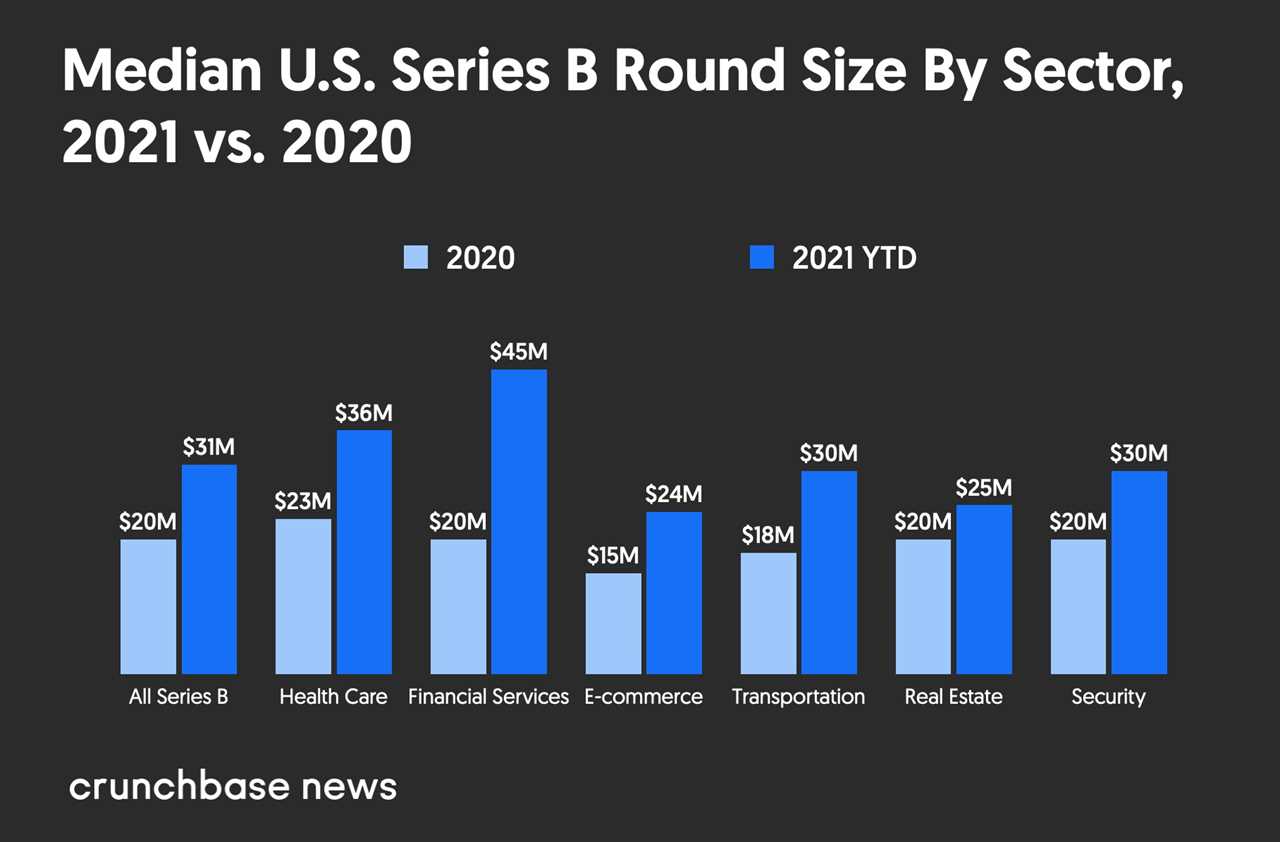 The rush to fund financial services Series B rounds comes as the space continues to churn out some of the most highly valued companies in the startup sphere. Payments platform Stripe, recently valued at $95 billion, is oft-described as the highest valuation venture-backed private company.

The number of completed Series B deals has also increased year over year in all the industries we covered, as illustrated in the chart below: 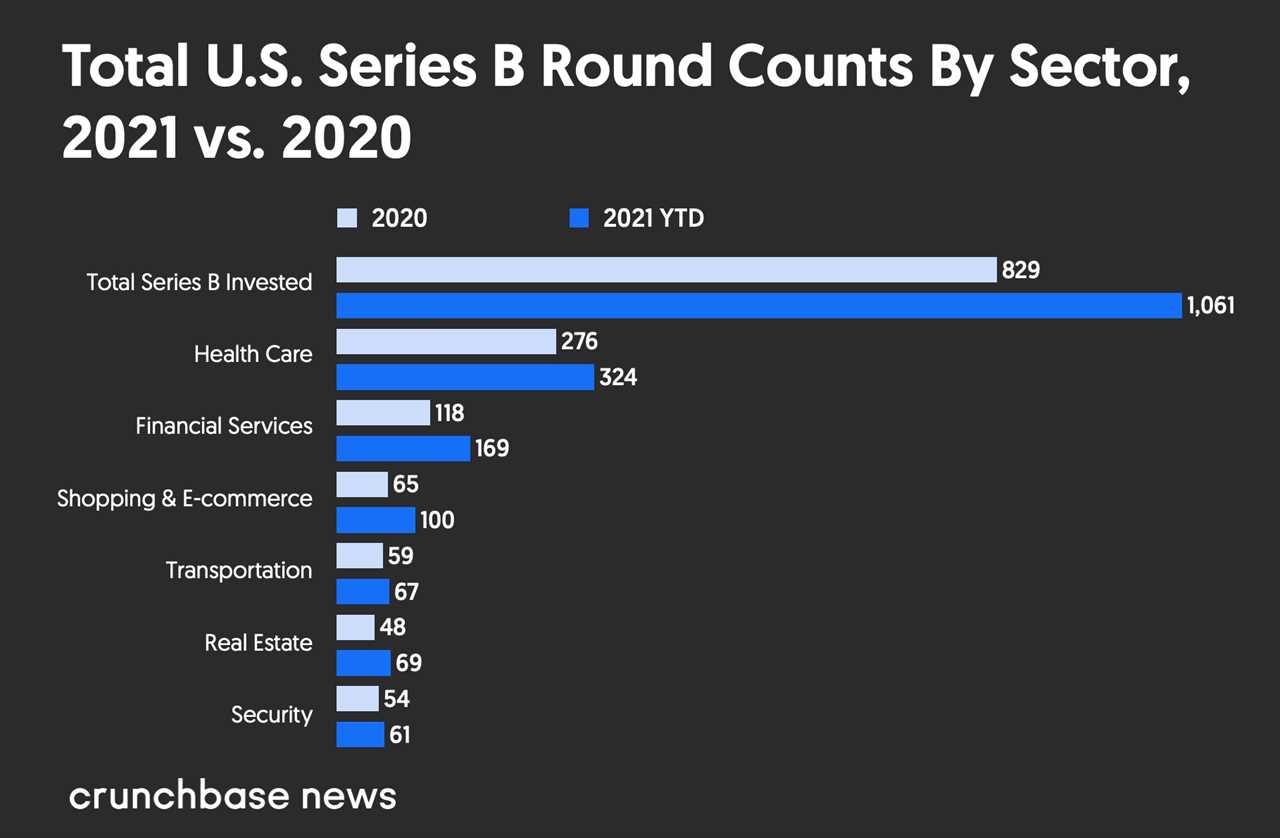 Here, once again, fintech and e-commerce lead in terms of largest gain in round counts. However, as health care continues to dominate, both in terms of deal count and total investment, it also seems pertinent to check in on what’s happening in this enormous space.

Per Crunchbase data, there were 56 health care companies that raised Series B rounds of $100 million or more this year—a striking number considering that these are still fairly early-stage companies. The largest funding recipients were in the drug development space, led by EQRx ($500 million), a startup focused on re-engineering drug discovery to make more affordable medicines, and Laronde, an eRNA therapeutics startup ($440 million).

Median and average Series B rounds

Even though Series B round counts are up, the increase in total investment is still big enough to significantly boost the median deal size. This is true across every industry we looked at, as illustrated in the chart below:

Financial services saw the largest growth in median round size, which more than doubled year over year. Likely, the high-flying valuations of later-stage companies in the space, as well as the successful IPOs by companies like Coinbase and Affirm helped drive the rise.

Transportation also posted a big gain, which isn’t terribly surprising considering that 2021 has been a big year on the venture-backed exit front. Rivian’s November IPO drove that point home, with the fledgling electric truck and SUV maker cinching an early-market capitalization higher than those of industry stalwarts like Ford Motor Co. and General Motors.

The average Series B deal size was up across every industry tracked. Also, notably, average Series B rounds hit over $44 million across all industries, led by growth in supergiant health care raises.

The average Series B round for each industry is laid out in the chart below: 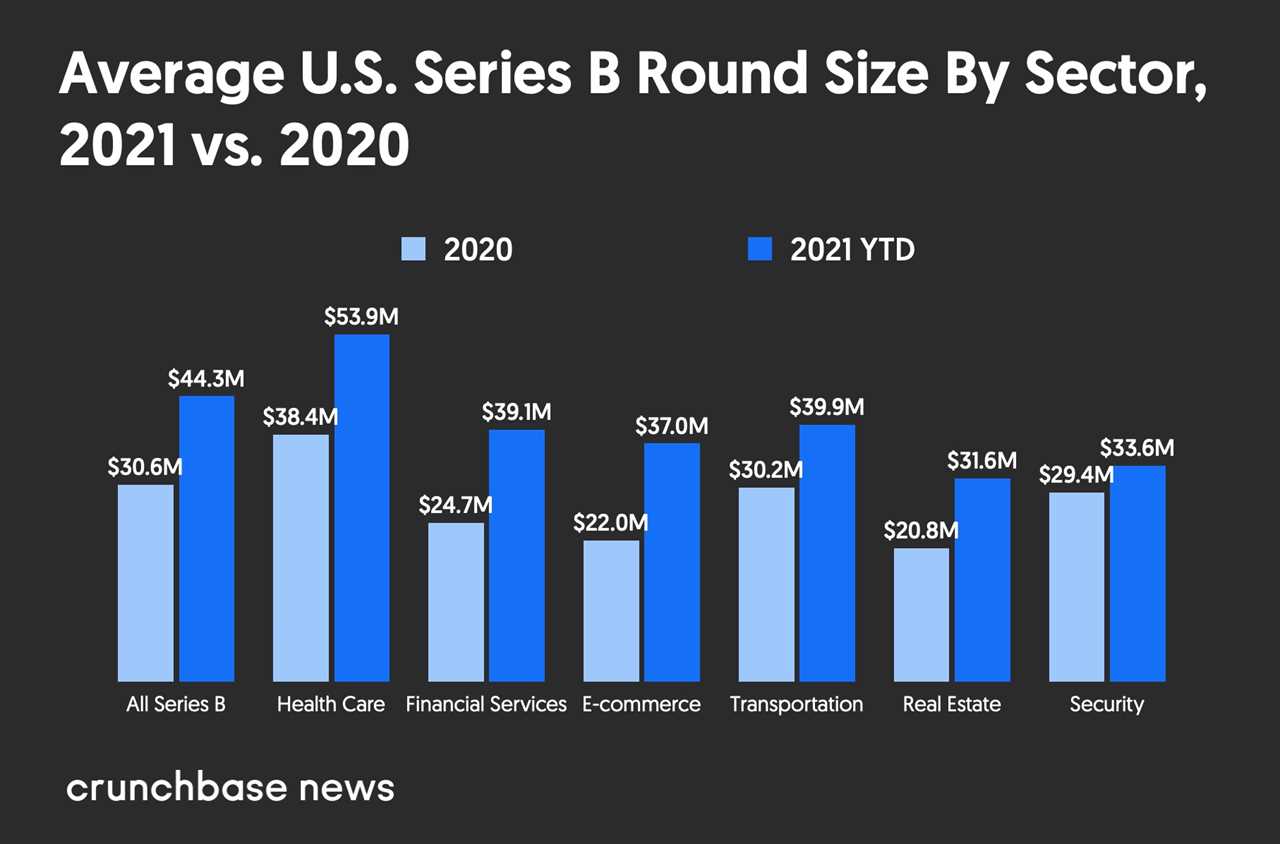 What to make of the gains

Of all the stages of venture funding, Series B is perhaps the most telling indicator of startup investor confidence. That’s the point at which most new companies have either folded or proven potential for major scaling. For backers, it’s still plenty risky, but no longer a long shot.

Previously, we’ve compared the Series B stage to a final on-ramp to the highway. Companies are expected at that point to have proven technology, early indications of market demand, and, for tech startups, at least some revenue (for biotech, clear progress toward clinical trials). The next stop is Series C, where the scaling accelerates.

What’s striking about the current funding environment is that companies are getting what looks like major capital to scale at the Series B stage.

This seems to indicate that venture  investors are feeling pressure to invest earlier for the opportunity to back a big winner in time to make a home run return. As more private equity firms and other institutional players enter the late-stage markets, it’s gotten more competitive and more expensive to get a big stake in a hot company at Series C and beyond.

Rounds may be included in more than one industry category. For instance, Recharge, the largest fintech Series B, is also classified among the largest e-commerce Series B rounds. Tallies for year-to-date 2021 were completed on Nov. 19, 2021. 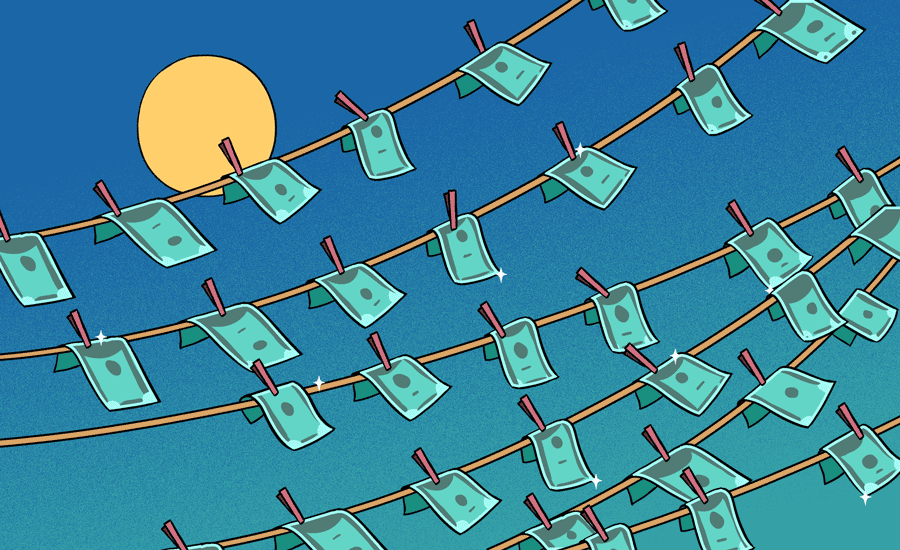 By: Joanna Glasner
Title: These Are The Industries Where Series B Funding Is Growing Fastest
Sourced From: news.crunchbase.com/news/startup-series-b-vc-funding-trends/
Published Date: Mon, 29 Nov 2021 13:30:47 +0000