March 12, 2020, was always going to be memorable for Jason Feldman, because that was the day his men’s health-focused startup, Vault Health, was set.. 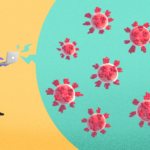 March 12, 2020, was always going to be memorable for Jason Feldman, because that was the day his men’s health-focused startup, Vault Health, was set for a major rebrand and national rollout. But now the day is etched in his mind because it set his company on an unexpected trajectory that led to growth beyond his expectations.

On that mid-March Thursday, Feldman stood on the stock market floor in New York and witnessed the chaos as the country’s Dow Jones Industrial Average and S&P 500 saw the greatest single-day percentage dip since 1987.

The founder and CEO was there to pose for photos and provide an interview to announce Vault Health’s next moves, but instead found the market was reacting to the COVID-19 virus. The deadly coronavirus had been declared a pandemic by the World Health Organization the day before, and would be branded a national emergency in the United States by then-President Donald Trump less than 24 hours later.

“I was there watching these investors on the floor of the stock exchange freaking out because the market literally was crashing,” Feldman remembered in a recent interview with Crunchbase News. “So we go back to the office, and I thought ‘What are we going to do?’ Because we had literally just launched the brand nine months before and built all this technology and here we are. Now I’m afraid that peoples’ jobs are at risk, and I don’t know how we’re going to live.”

Vault not only lived, but grew significantly over the next year and a half.

The pandemic set in motion a new trajectory for many healthtech startups, particularly those nimble enough to respond to a world crisis that confused and broke traditional public health care systems. And while tech’s contribution during the pandemic was a mixed bag of good and bad, those that figured out how to quickly fill the needs of scared residents, governments and companies have been rewarded. 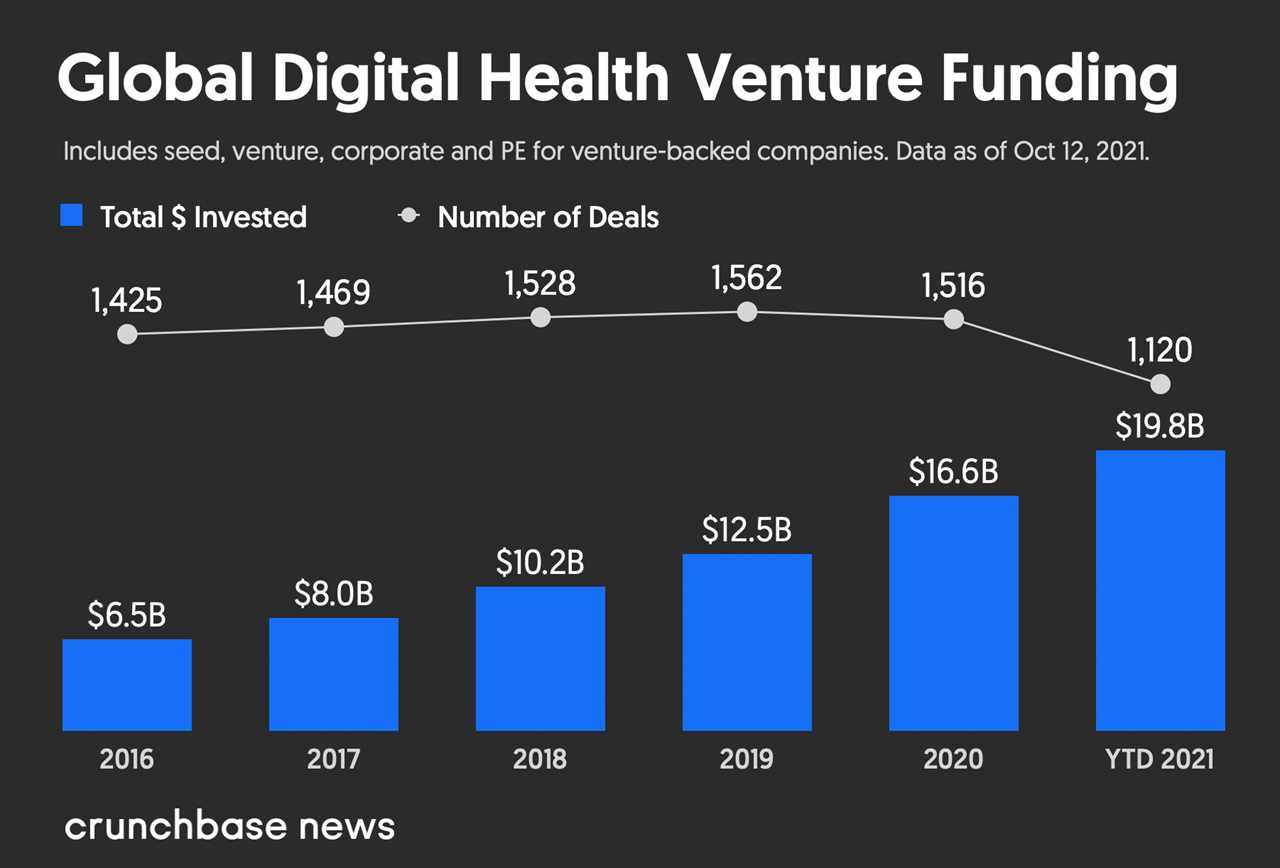 Investors in the space raced to put money into digital health startups last year. In all, the industry raised $16.6 billion in investments globally while the pandemic raged on, up from $12.5 billion the year before, according to Crunchbase data. So far in 2021, the industry has raised nearly $20 billion in funding, the data show.

Of those that successfully made a pandemic pivot, many lucked out having existing partnerships with key diagnostics labs, automated systems that slotted into health care systems easily, or had an established digital-first model for patients hoping to avoid leaving the house.

But interviews with three of those startups—Vault Health, genetic testing company Color, and Nurx, which carved its path early on as the go-to for at-home reproductive health care—reveal that those making the pivot from their original focus to COVID-19 also made some of their own luck through key investments and changes they hope will augment American health care forever. 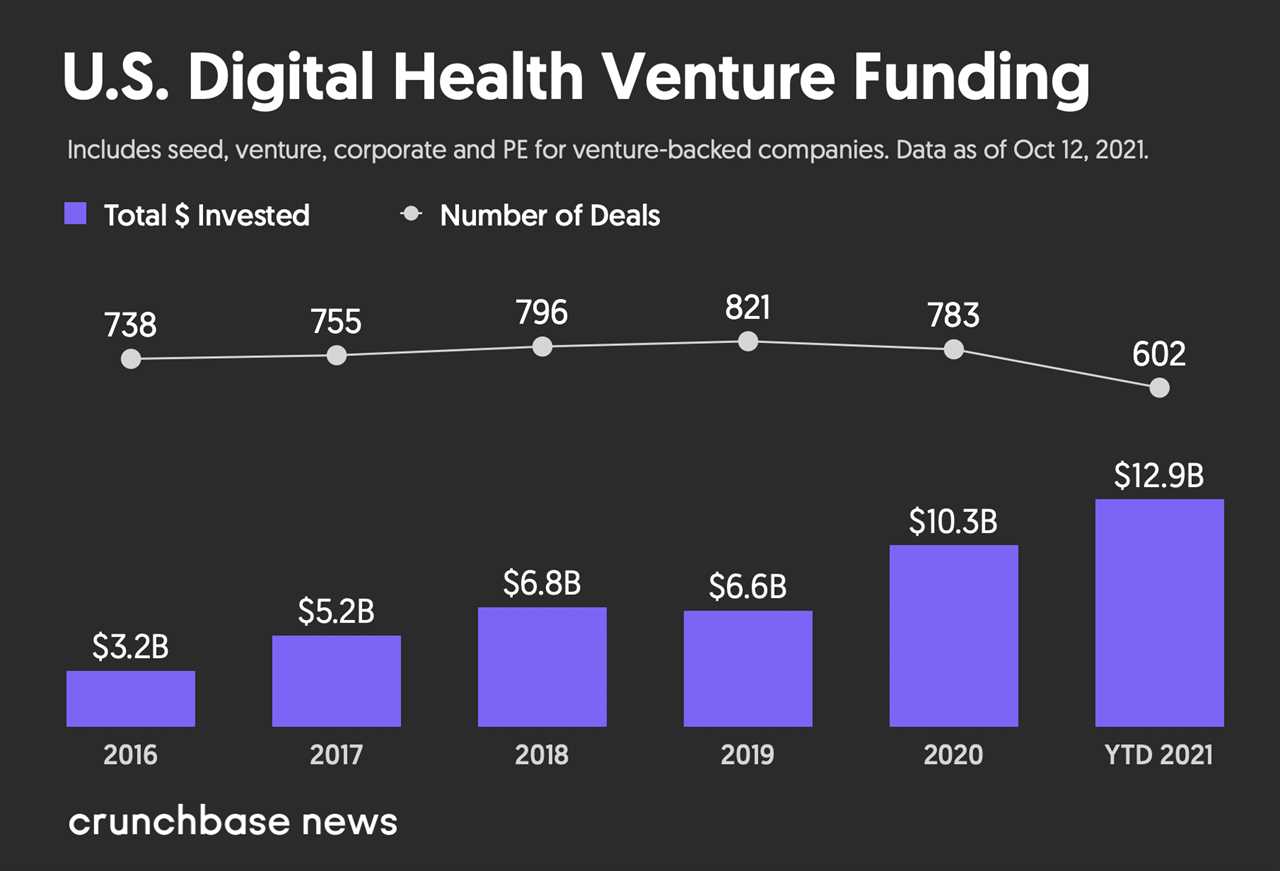 Now those startups—and others like them—are poised to be busier than ever as companies and government agencies prepare to comply with the Biden administration’s vaccine or test mandate for companies with more than 100 employees returning to the office.

Here’s how they did it.

Feldman admits he briefly wondered if he should pause the national rollout in hopes the pandemic would pass in weeks or months. Instead, he made a hard turn toward testing for the novel coronavirus when he realized one of the company’s partners, Rutgers University, was working on a saliva test for COVID-19. Felman proposed partnering to get the tests to people.

“They said ‘That’s not possible, you can’t do at-home testing because the FDA stopped all at-home testing,’” he said. “We showed them how we could actually create a visit where you’d have a practitioner [online] watching somebody spit in a tube at home and then we got UPS to say that they would help us deliver really fast, so we did all of that.”

By mid-April 2020, Rutgers had produced an FDA-approved saliva test for COVID-19 and Vault was working to get it to people. The company started partnering with government agencies looking for direction in collecting the samples, running them through a lab, and managing the results. Already it is fielding requests for its workplace coronavirus management programs to track who has been vaccinated and to manage virtual, mail-in testing.

Vault Health also focused on diversifying its own suppliers—a move that would become increasingly important as the pandemic continues to slow shipping and the broader supply chain.

When Vault Health showed up to the stock market floor to roll out its services nationally, it had about 43 employees with a headquarters in New York, and about $10 million in the bank from a Series A fundraising round.

Today, it’s grown to more than 500 workers who live all over the country and has another 100 openings, which are expected to be filled next year.

Color: Rallying to a pandemic response

Color was a company that, it turns out, was unwittingly poised for a pandemic.

Its mission, though initially focused on genetics, was about meeting people where they were to get medical services, including virtually where possible. It ran a clinical-grade, highly automated laboratory and had the technology to set up clinical services and get people their test results quickly.

When Bay Area health officials announced the earliest shelter-in-place order in the country on March 16, Caroline Savello, Color’s chief commercial officer, was optimistic the crisis would last six weeks to a couple of months at most.

Still, in the days before the region all but shuttered, she and some of her colleagues sat on a call discussing how Color could help with the pandemic response.

“This was in some of these early days of testing when people literally weren’t getting their test results for weeks because you had to have a nurse call you … and there was no way that was going to scale up,” she said. “Everything was completely incumbent on these already very overtaxed health care settings. … So we were saying, ‘Is there just a way to offload this completely from the traditional health care system and make it so that this can be accessible?’”

The city of San Francisco was one of Color’s earliest clients, using the company’s systems to help manage scheduling, train people to collect samples, and streamline the lab and results process. Today, the company works with more than 150 U.S. employers to manage COVID vaccine status and testing protocols, including for many of its own lab workers who don’t have the option of working from home.

What sets Color apart is its investment in automation and robotics that can help get jobs done and it’s focus on creating systems and processes that can be easily replicated and scaled, Savello said. It’s services are meant to be super scalable.

“Everything is out of the box: You have the signage, you have the kits, you have the ship-back materials—that’s exactly how we think about employers,” Savello said. “Literally, you could pop up a testing program out of a box, and have somebody from your employee health and safety group set up the tests, set up the table once a day, and pack it up at night.”

Color has grown from about 140 employees at the start of the pandemic to about 600 workers today, and has partnerships with eight laboratory partners across the country.

Nurx, the telehealth startup that made its name as the place to discreetly get birth control, STD tests and other reproductive health care from home, made COVID testing one of its verticals in April this year after the FDA began approving at-home tests and the U.S. government began investing in making the technology more available.

The first batch of tests Nurx ordered were gone by mid-summer, as coronavirus cases began to rise. Most of the supply was gobbled up not by the individuals who traditionally make up the bulk of Nurx’s customers, but by businesses returning to the office, movie production sites, summer camps and those hosting large events, Nurx Chief Medical Officer Dr. Jennifer Peña told Crunchbase News.

“When we decided to launch this, that demand [for tests] kind of had gone down because we were trying to get over this pandemic, people were getting vaccinated,” Peña said. “But now, of course, the Delta variant and others came about, the resistance to vaccination is still an issue and … people want to get out and travel, enjoy the summer.”

Nurx is waiting on its next batch of COVID tests to arrive by the end of October and is preparing for much higher, ongoing demand as the realization sets in that the pandemic is still far from over and regular testing may become a way of life for many people.

But if that’s the case, Peña said, it has to be more convenient for patients. That’s particularly important for those working for an hourly wage on the front lines of America’s businesses, who may not have the resources or time to make a doctor’s appointment or a special trip for health care—not only for COVID, but for many ailments.

“We already had telemedicine before the pandemic,” she said. “Obviously the pandemic has been tragic, but it really has highlighted the importance of telemedicine and there’s no going back.” 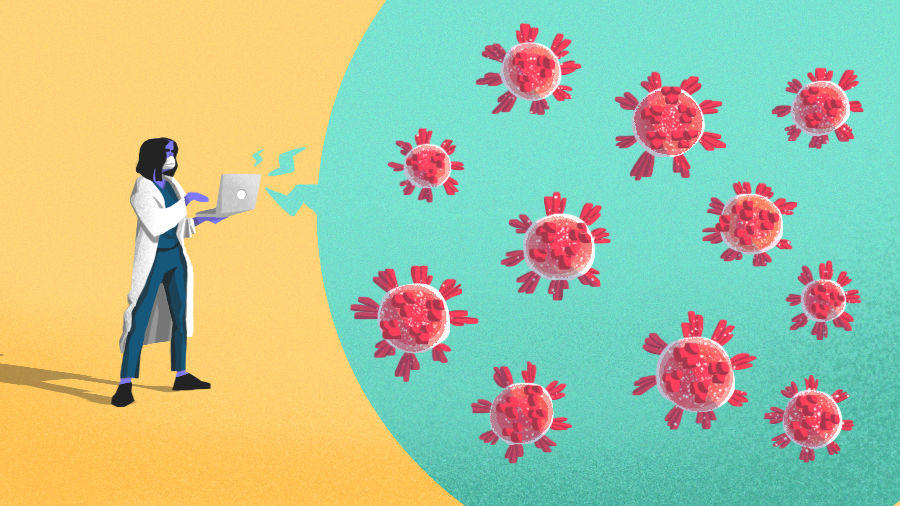