As we head into the final months of 2021, global funding is not showing signs of slowing down. In fact, November set another new record for global.. 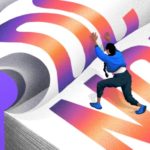 As we head into the final months of 2021, global funding is not showing signs of slowing down. In fact, November set another new record for global venture funding, with $65 billion raised.

Global funding in 2021 has topped $580 billion as of the end of November, compared to $335 billion in funding for 2020. Last month was also the third month this year to peak at over $60 billion.

Electric vehicle company Rivian was the highest valued IPO in November. The company has raised $11.9 billion—more than any other IPO in 2021—which valued the company at $66.5 billion at its IPO. All that, for a company with virtually no revenue.

Self-driving technology companies Aurora and Embark Trucks, both based in Silicon Valley, went public via SPACs last month. Aurora was valued at $14 billion and Embark Trucks at $5.2 billion.

E-scooter company Bird went public via a SPAC as well, valuing the company at $2.3 billion. This took place on the heels of rival Lime raising a convertible note of $418 million in November, signaling an intent to go public in 2022. 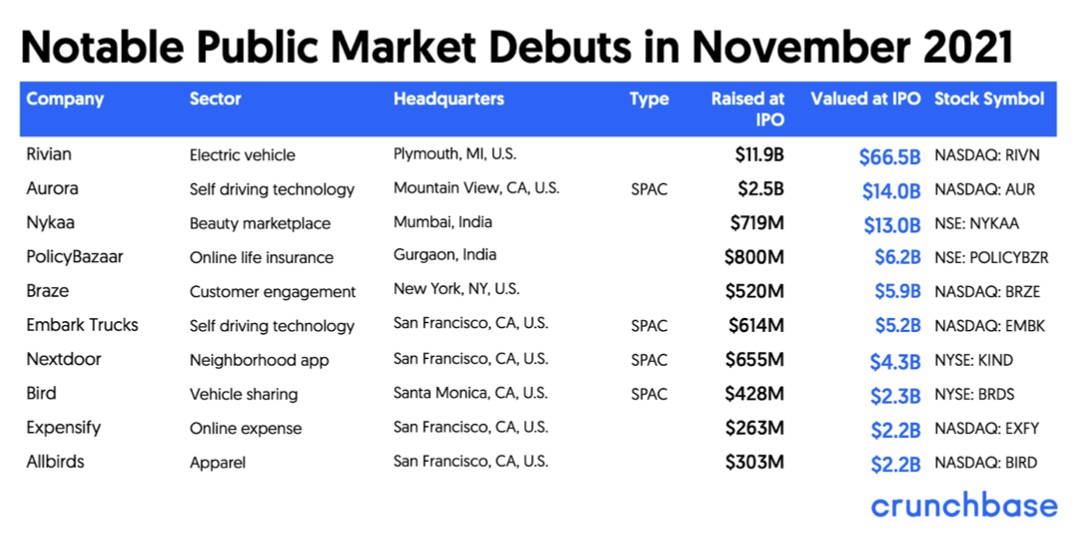 Last month, Facebook rebranded to Meta—altering its global ambition beyond its app businesses to the metaverse. And on Dec. 3, payments company Square announced it is rebranding to Block to acknowledge its focus on cryptocurrency and a broader mission beyond its merchant network.

These rebrands are taking place as venture capital itself is being transformed from equity in private companies to owning assets in public companies and investing in tokens and more liquid assets.

The tripling of unicorn counts in 2021 and the frenzied pace of $100 million-plus funding rounds in multiple sectors reimagined by digitization signal the seismic transformation many industries have undergone this year.

All Crunchbase Pro queries are dynamic, with results updating over time. They can be adapted by location and/or timeframe for analysis.

Funding rounds included in this report are seed, angel, venture, corporate-venture and private-equity rounds in venture-backed companies. This reflects data in Crunchbase as of Dec. 7, 2021. 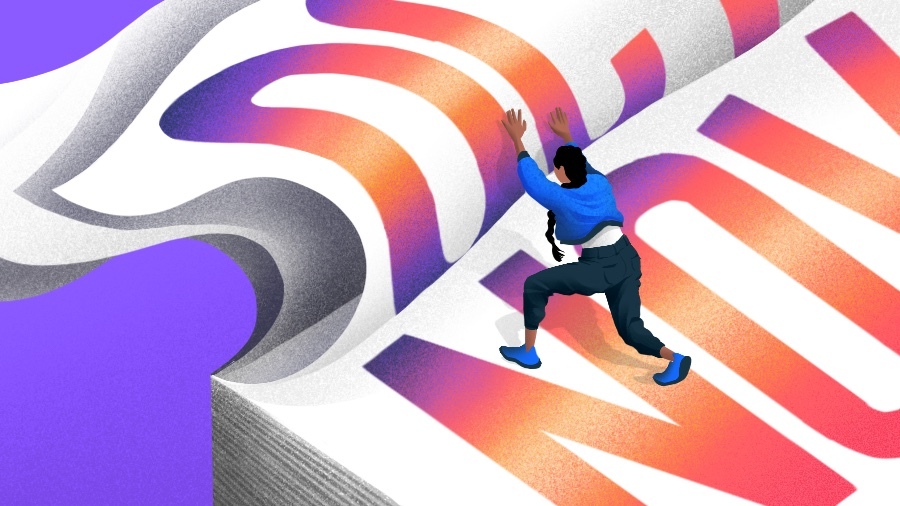