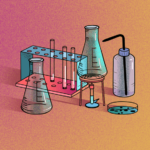 San Francisco-based Mammoth Biosciences has closed on a $150 million Series D led by Redmile Group, fast on the heels of its $45 million Series C raised in November 2020.

With its most recent funding, the company is now valued at $1 billion and joins the Crunchbase Unicorn Board.

We spoke with Trevor Martin, CEO and co-founder of Mammoth Biosciences on its CRISPR applications. CRISPR is a technology that permits gene editing by finding a specific piece of DNA in a cell.

“We’ve been able to develop proteins to have huge advantages for different therapeutic applications, in particular, in vivo applications, so that you can build permanent genetic cures, rather than just treatments,” said Martin.

In vivo therapies are performed inside the body of a living organism.

The company also operates in the new field of CRISPR-based diagnostics. It has built a foundation, in the four years since its founding, of “the largest toolbox of CRISPR proteins on earth,” said Martin. Its North Star for diagnostics is “democratizing access to high quality molecular information.”

Amongst its co-founders, the company counts Jennifer Doudna, one of the inventors of CRISPR. Doudna is also the chair of Mammoth’s scientific advisory board.

Prior to the pandemic, Mammoth had been interested in leveraging its diagnostics platform for RADx, DARPA and GSK  to use its DETECTR platform for nucleic acid testing. These tests do not require bulky lab equipment and can produce rapid results at the testing location.

“Our diagnostic programs have been accelerated by our work in COVID, but maybe less publicly and just as importantly we’ve really shown that these ultra small systems are incredibly powerful for therapeutic applications. That’s extremely unique and a very exciting area that we’ve unlocked on that side,” said Martin on raising its most recent funding round.

Participants in the latest funding include Foresite Capital, Senator Investment Group, Sixth Street, Mayfield1, Decheng Capital and NFX. The company is also beefing up its management team and announced Gary Loeb, a biotech veteran, as its general counsel.