Tune CEO Matt Kane. (Tune Photo)A new biotech startup with operations in Seattle and Durham, N.C., has launched with $40 million in new funding and a .. 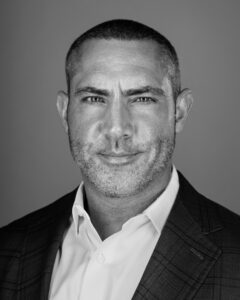 A new biotech startup with operations in Seattle and Durham, N.C., has launched with $40 million in new funding and a leadership team peppered with veterans of Seattle cell therapy biotechs.

Tune Therapeutics is deploying technology that it says can fine-tune the activity of genes in cells. The company has developed a proprietary platform called TEMPO that it calls an “epigenomic therapy,” according to a statement. Epigenomics is a broad term typically applied to the machinery in cells that sticks to DNA and affects gene activity.

Genetic diseases, cancers, and other conditions can result when gene activity is too high or low. TEMPO can “locate” epigenomic elements involved in some diseases, and it can tune the activity of genes or gene networks.

The company is light on specifics, but in a statement, Charles Gersbach, acting chief scientific officer and biomedical engineering professor at Duke University, says the company aims to take its tools “from proof of concept in rare, single-gene disorders to common conditions that aren’t linked to a single gene mutation – but are treatable through epigenomic control.”

Gersbach co-founded the company with president and CFO Akira Matsuna and Fyodor Urnov, chair of the scientific advisory board. Urnov is a professor of genetics, genomics, and development at the University of California, Berkeley and previously led discovery and translational research at Sangamo Therapeutics.

Matsuna is formerly head of corporate development at Lyell Immunopharma, a gene and cell therapy company with a presence in Seattle that went public this year. He is also a former program lead at Seattle’s flagship cell therapy biotech, Juno Therapeutics, which was acquired by Celgene in a multibillion dollar deal in 2018. 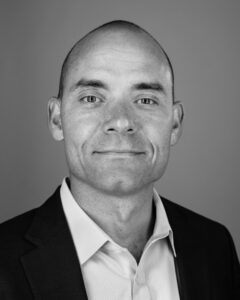 Two other Juno veterans round out the team, head of technical operations Heidi Zhang and head of research Blythe Sather. Sather also was previously senior director of T cell engineering at Lyell.

Tune is helmed by CEO and director Matt Kane, previously co-founder and CEO of gene and cell therapy company Precision BioSciences, which went public in 2019.

The biotech’s emergence builds on long running efforts by biotech and pharma to target the epigenome. Another epigenomics company, Chroma, also launched this November, with $125 million in funding. Tune currently has 35 employees and is advertising for positions in both Seattle and Durham.

Co-lead investors for the Series A round were New Enterprise Associates and Emerson Collective, with participation from Hatteras Venture Partners, Mission BioCapital, and others.