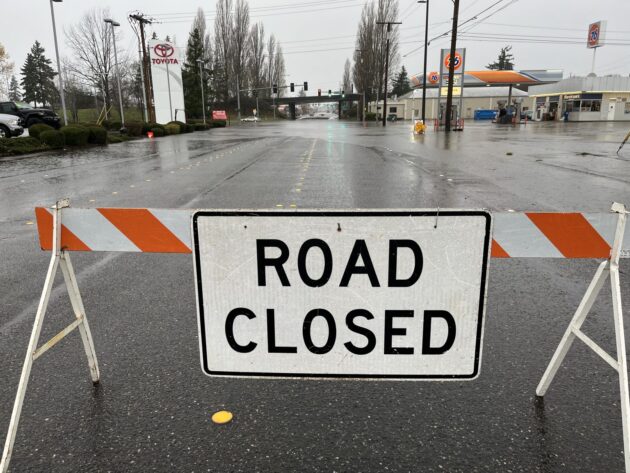 Record-setting rains this fall have created disasters around the globe. It drowned thousands of cows and livestock and cut off a major city in the Pacific Northwest, while half-a-world away, downpours flushed scorpions from their hideaways in an Egyptian city, causing hundreds of people to suffer life-threatening stings.

As climate change is driving heavier rains and sea level rise, there’s simply more water to go around. And many regions lack the infrastructure needed to control and direct the deluge to places where it will cause less harm.

Seattle-based StormSensor is providing tools to help manage the water and prevent flooding.

The startup on Wednesday announced that is has raised $10 million of new funding, bringing its total investments to about $16 million. The company has 37 employees.

When CEO Erin Rothman launched StormSensor in 2016, she began talking to cities and counties about their stormwater drains, pipes and basins that carry water away from roads and buildings.

“It kind of blew my mind,” she said, when she realized that most municipalities had no idea how much water they were moving and how well their systems were performing. 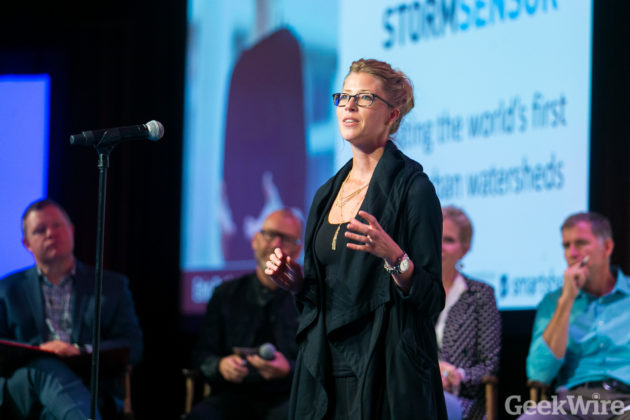 So she developed the sensors for monitoring the water flow and temperature, and the software for tracking and making sense of it all. Building the hardware was the really tough piece, Rothman said. The devices need to operate in underground metal and concrete vaults with scummy water, generating quality data and relaying it in a reliable, efficient matter. Initial sensors failed after a few days, she said, but today’s models perform well.

The StormSensor software incorporates the sensor data as well as external conditions including rainfall intensity and length, winds and tides. It provides real-time alerts when problems are detected.

The new funding will allow the company to further build out the platform. It is developing more sophisticated analysis to show how the infrastructure is performing during varied weather events over different timescales. The idea is to help identify high risk locations and highlight the most important areas for investment in improvements.

The startup also brings an equity focus to the work. It has a risk index tool that can point out areas prone to flooding and backups that could have worse impacts because residents are lower-income and with fewer resources to respond to disruptions in their lives and damaged, moldy housing.

“Our mission is to create thriving communities,” Rothman said, and this is one way to support that goal.

“Our mission is to create thriving communities.”

Like many companies, the startup is feeling some of the pain inflicted by the current global supply chain challenges. A sensor part that cost $6 last year, costs $70 now. Rothman said StormSensor has been stockpiling materials for cover over the next year.

The $10 million round was co-led by Orbia Ventures and Buoyant Ventures, with participation from Burnt Island Ventures, Gratitude Railroad, Portland Seed Fund, the American Family Institute for Corporate and Social Impact, and several individual investors.

StormSensor primarily works with municipalities, including towns and cities of 5,000 people up to those with 1 million. Their customers are spread around the country, with many in East Coast, the southeast and around the Great Lakes.

When she looks at events like the recent flooding in British Columbia and northern Washington, does Rothman really think a StormSensor system could make a difference, at least in the more urban areas?