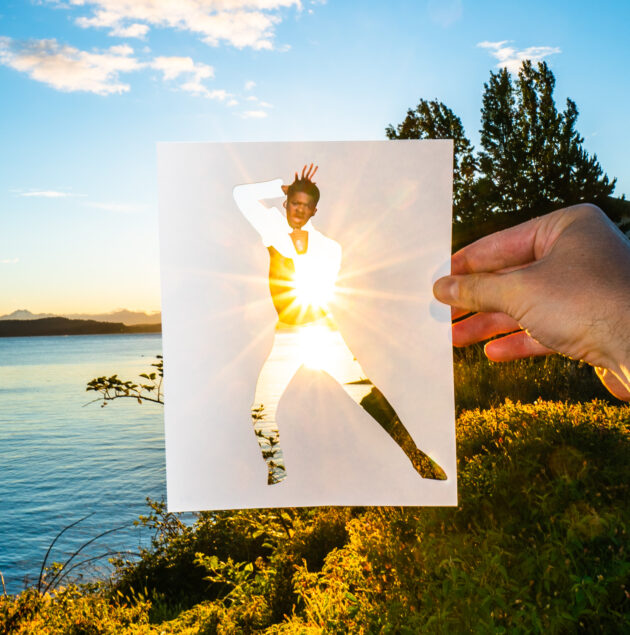 Willingham has 4 million followers on the video platform and went viral this summer with a piece he made for Nas X’s song “Montero (Call Me By Your Name).” The video was made from 81 cutouts of the singer placed against different backgrounds and photographed by Willingham.

The single-edition Lil Nas X TikTok NFT, or non-fungible token, will go on sale on Monday as part of a collection called TikTok Top Moments, featuring “six culturally significant TikTok videos from some of our most beloved creators,” the company said in a blog post Thursday.

TikTok said Nas X “broke the internet” with his song and Willingham broke it again with his video creation, which TikTok called a “hypnotic kaleidoscope of color and sound.”

Willingham told GeekWire in an email interview that he’s been extremely curious about the NFT space for a while, but wanted his first drop to be at the right moment with the right partners.

“This opportunity came around and I was like, ‘PERFECT.’ This is it,” Willingham said.

Willingham, a former GeekWire Geek of the Week, made a name for himself in the city and across the internet with his unique cutouts of pop culture icons. He’s also a successful DJ and musician, and a onetime drone pilot whose images of the Amazon Spheres drew attention in 2017. TikTok has catapulted his reach.

“It’s hard to put into words how much it means to me,” Willingham said of his viral success. “When the pandemic hit, I lost nearly all my advertising clients overnight. I had a baby on the way and no paycheck in sight.”

He said he thought his dream of running his own advertising business was over, and he applied for entry-level social media jobs at a ton of local tech companies. But he couldn’t even get an interview. So he started creating TikTok content.

“Things blew up very quickly. It changed my life,” Willingham said. “Their algorithm is absolutely incredible at connecting creators with a massive audience, and now I get to make art for a living! Incredible.”

Some of Willingham’s clients include T-Mobile, Whole Foods, ESPN, Microsoft, United Airlines, Adidas, Amazon Prime Video, and others. He calls his work “ads people want to see, not have to see.”

The Nas X video and his other creations are often a very tedious process, with printing and cutting out and photographing. It can take up to two weeks  to complete — “depending on how many all nighters my wife and I pull,” he said.

NFTs are virtual certificates of ownership that are recorded as part of a blockchain computing network and have ignited a craze among collectors and cryptocurrency enthusiasts.

The TikTok NFTs will be made available on Ethereum and will be powered by Immutable X, which promises carbon neutral NFTs during a time when the environment impact of blockchain-fueled transactions has raised concerns.