Inside the shakeup of 98point6. Board member explains sudden CEO change at well funded startup 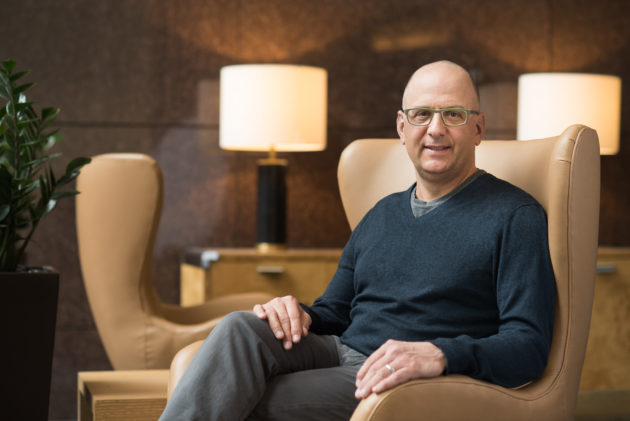 The board of directors at fast-growing Seattle telehealth startup 98point6 let go of co-founder and CEO Robbie Cape last month because it was looking for a new leader who could position the company for its next phase of growth.

That detail, as explained by a 98point6 board member, is the latest wrinkle in the mystery surrounding Cape’s abrupt departure. The board’s move surprised people in the Seattle startup community, in the health tech industry, and even inside the 6-year-old company, which has raised $247 million and reported a huge increase in customer demand during the pandemic.

“Robbie was an exceptional startup CEO,” said Lisa Brummel, a 98point6 board member who was involved in the decision to remove Cape from the CEO role. “We needed to make a change because we feel like we need a CEO who can scale the company right now.”

Brummel, a former Microsoft human resources leader who joined the board in March at the request of Cape, said the company was not required to have a formal vote to remove the CEO as part of its charter. Cape also left the company’s board.

Brummel said there was “nothing improper” that led to Cape’s firing, stressing that it’s not unusual for a founding CEO to step aside to allow a leader with different skills to take the helm.

“We happen to be in a super dynamic market which means if you blink, or wait too long, the market passes you by,” she said. 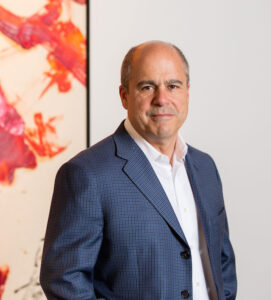 While many staffers and Seattle startup watchers were surprised by the move, Brummel said it was not abrupt from the board’s perspective. She added that Cape “understood and appreciated the board’s decision.”

Cape declined to comment when contacted by GeekWire, but he emailed a statement voicing his support for the company and current leadership team.

98point6 did not have a new CEO in place when Cape stepped down.

The company is now being led by interim CEO Jeff Greenstein, a longtime Seattle business leader and philanthropist who was sentenced to 50 months in prison a decade ago for conspiring to defraud the Internal Revenue Service and aiding and assisting in the filing of a false return as part of an approximately $240 million tax shelter fraud.

Brummel defended the choice of Greenstein — an early investor in 98point6 through his investment firm YIS Capital and chairman of the company — as interim CEO. She said the past felony conviction was not a subject of discussion when the board made the decision to remove Cape and insert Greenstein.

Greenstein co-founded 98point6 in 2015 with Cape, though his role was largely under the radar. Brummel said Greenstein has been instrumental in landing investors for the company, and “helping us keep the company on the great trajectory that it has been in.”

Through a spokesperson, Greenstein declined to be interviewed for this story. However, the executive recently published a blog post in which he discussed his new role at 98point6 and the lessons he learned from serving time in a minimum security federal prison camp, a period he called “unimaginable and beyond unpleasant.”

“I used this time to grow by literally asking myself every morning how I could be better and get closer to those that mattered in my life,” he wrote. “It is especially rewarding and humbling that many of these relationships are partnering with us at 98point6 to build an amazing business that is endeavoring to make the world a better place. While the experience was miserable on so many levels, it was also the epitome of Relentless Improvement.”

Asked why the company didn’t wait to find a replacement for Cape, Brummel said that early-stage startups operating in dynamic markets often may not follow traditional timelines or pathways of larger companies, where succession planning is more firmly established.

“We’ve been talking about the evolution of the company since Robbie started and as it moves forward. So it was not abrupt from a company standpoint,” she said.

“I think it’s just a point in time where you say, ‘you know, hey, we need to make a change here because we’re looking at the horizon and saying: What are the competitors coming into the market? Who are they? What are they doing? How are we doing the twists and turns? Where’s the money going?’ And we need to be able to respond to that.”

Brummel said a permanent CEO will be chosen when they find the right person for the role.

In his first remarks since being let go and stepping off the board of 98point6, Cape sent an emailed statement to GeekWire saying that Greenstein is an “incredible human being.”

“He’s a phenomenal businessman, philanthropist and family man,” said Cape. “He was instrumental in our fundraising efforts and maintaining relationships with our long list of investors. He is also responsible for recruiting many of the impressive board members who are now dedicated to our success.”

As to the future of 98point6, Cape is bullish, even though he no longer has a direct role.

“I cannot say enough good things about what the company is setting out to do. The team, the culture and the work they are doing couldn’t be more meaningful,” he wrote in his statement to GeekWire. “I was instrumental in recruiting every single member of the leadership team who I deeply respect and have the utmost confidence in. 98point6 is a magical place to work and to be. I remain a major shareholder and will continue to feel enormous connectivity with the company.”

Cape is a veteran of the Seattle tech scene. Before launching 98point6 he sold family scheduling app Cozi to Time Inc. in 2014 and previously spent 12 years at Microsoft.

In 2015 Cape founded 98point6 alongside Gordon Cohen, a professor at the University of Arizona, and Greenstein, who founded investment management firm Quellos Group in 1994 and sold it to BlackRock for more than $1 billion in 2007.

The conduct was described as “not an aberration, but rather a highly complex systematic scheme to cheat,” by a sentencing judge in 2011.

Greenstein paid back $6.4 million to the government that he earned from Point transactions. He served 50 months in person and more than a year of supervised release.

Greenstein is an active philanthropist, launching the Greenstein Family Foundation with his wife Judy Greenstein in 2010. It focuses on the “Jewish continuity, community support, medical research, education, and the arts,” according to its website.

He was previously a board trustee at the Seattle Art Museum and a founding member of the UW Investment Committee. He founded The Greenstein Lab in Seattle with his wife in 2015 as a space to exhibit and promote contemporary art. Greenstein is a graduate of the UW business school.

98point6 raised $118 million a year ago to support growth as the pandemic spurred demand for virtual healthcare services. The company provides virtual primary care in all 50 states to more than 3 million patients, connecting them in real-time to its doctors alongside an AI-powered chatbot, texts, and digital images. Customers include giants such as Boeing and Chipotle, as well as health plans and health systems. The startup also offers a direct-to-consumer product.

Private equity giant L Catterton and late-stage investment firm Activant Capital led the $118 million Series E round in October 2020. At the time, the company was valued at $518 million, according to PitchBook.

In addition to Greenstein and Brummel, other 98point6 board members are:

98point6 is ranked No. 29 on the GeekWire 200 list of top tech startups in the Pacific Northwest.

The company is among a bevy of health-tech startups seeing increased usage and attracting investor interest during the coronavirus crisis. Competitors include MDLive (acquired by Cigna earlier this year), Amwell, Firefly Health, Teladoc, and others. Aetna, a CVS Health company, just launched its own virtual primary care service last month.