The four generations of Xbox hardware, as of 2020. The original Xbox is in the back left. (GeekWire Photo/Thomas Wilde)Ed Fries, one of the original..

The four generations of Xbox hardware, as of 2020. The original Xbox is in the back left. (GeekWire Photo/Thomas Wilde)

Ed Fries, one of the original team members at Microsoft that co-created the Xbox, shared a bevy of behind-the-scenes stories from his time at the tech giant as part of a celebration of the Xbox project’s 20th anniversary.

Fries spoke at the WN Conference in Seattle last week as part of a discussion hosted by Venturebeat’s Dean Takahashi, author of the 2002 behind-the-scenes book Opening the Xbox. In an hour-long conversation with Takahashi, Fries talked about the Xbox console, its development, his personal history with it, and his current business, a venture capital fund that specifically invests in up-and-coming game developers.

Fries came up through Microsoft in the ’80s, after the video game crash of 1983 forced him, as he put it onstage, to “get a real job” instead of pursuing game design. He worked his way up at Microsoft as a young programmer, working on Excel and Word before taking over Microsoft’s then-nascent games division in 1995, a move that multiple Microsoft vice presidents told him was “career suicide.” 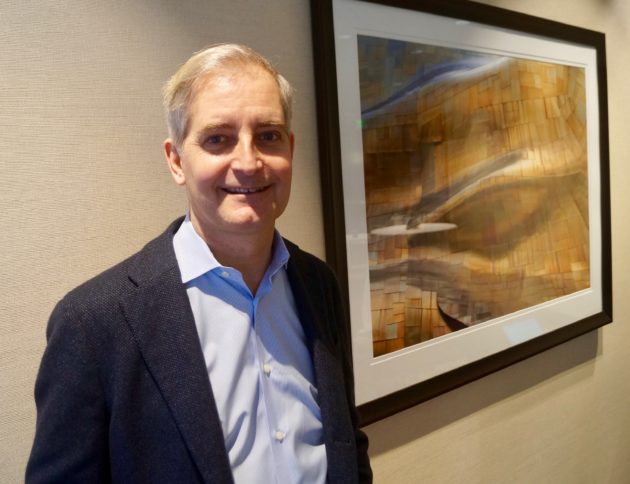 After scoring a hit for the company with Age of Empires, Fries was still the lead at the games division when a group of what he called “evangelists,” including Seamus Blackley, met with him to pitch the project that ended up becoming the original Xbox. That put Fries in the position of leading the Xbox team, from the project getting approved on Valentine’s Day of 2000 up to its launch on Nov. 15, 2001.

Fries later left Microsoft in 2004, after shipping dozens of games and playing a role in Microsoft’s acquisitions of Rare (Battletoads), the now-defunct Lionhead Studios (Fable), and Bungie (Halo). He subsequently raised two sons, founded a company called Figure Prints that specializes in creating models of customers’ World of Warcraft characters, and currently works as a general partner at 1UP Ventures.

Some of the fun facts to know and tell about the Xbox that Fries shared during the chat include:

“Ed Fries Special Edition” Xbox. This was a present from the team when I retired from running Microsoft Game Studios in 2004. #xbox20 #xbox #ogxbox pic.twitter.com/oTYNnWKHJy

Another retirement gift from the team, showing all the games we shipped while I was there. This is my last post to celebrate the Xbox 20th anniversary. Thanks for all your comments and support! #xbox20 #xbox #ogxbox pic.twitter.com/ndP1GaFtRp

The only PowerPoint deck I still have from an early status meeting for Xbox. Back then we believed we could ship a year earlier. Madness in retrospect! #xbox20 #xbox #ogxbox pic.twitter.com/Sg2mV8rTM8

The WN Conference is a business-to-business and networking event for the international games industry, hosted by a Russia-based events company of the same name. Before 2020, it was typically held three times a year in Moscow, St. Petersburg, and assorted cities in Europe. Its 2021 show in Seattle, at the Washington State Convention Center, is WN’s first conference in the US.

The event was previously known as the White Nights Conference, which references the period of time during summer in St. Petersburg when, due to how far north the city is, the sun never quite goes down. When the COVID-19 pandemic struck, its events team moved the conference online and shortened its name to simply WN, which informally now stands for “Worldwide Networking.”

Related: Robbie Bach on 20 years of Xbox, the future of the U.S., and his new novel, ‘The Wilkes Insurrection’