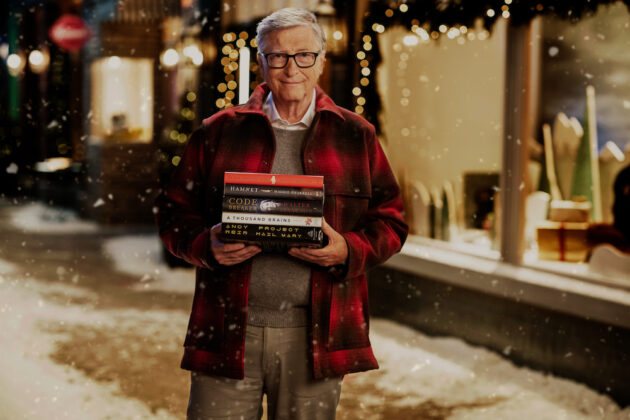 Voracious reader Bill Gates is constantly consuming information and expanding how much knowledge his brain can hold. Fittingly, a book about understanding how the brain works and what gives us the ability to learn tops Gates’ annual list of recommended books for the holidays.

“A Thousand Brains: A New Theory of Intelligence” by Jeff Hawkins is one of five books on Gates’ list, released Monday. The Microsoft co-founder offers up reviews of each book at his GatesNotes blog.

“Over the years, I’ve read quite a few books about the brain, most of them written by academic neuroscientists who view it through the lens of sophisticated lab experiments,” Gates wrote. “Recently, I picked up a brain book that’s much more theoretical,” he added about “A Thousand Brains.”

Hawkins is a tech entrepreneur who Gates got to know in the 1990s, when he was a pioneer of mobile computing and co-inventor of the PalmPilot. Gates said that Hawkins turned to focusing on improving machine learning after his tech career and founded a company called Numenta in 2005.

Gates called the book appropriate for non-experts who have little background in brain science or computer science.

“It’s filled with fascinating insights into the architecture of the brain and tantalizing clues about the future of intelligent machines,” Gates said.

Other books on the list include the following (with links to reviews written by Gates):

Gates is adding a twist to his recommendations this year by also suggesting where shoppers can grab the books. He’s collaborating with five independent Seattle bookstores to give away complete sets of the books on the list, starting Monday.

There are 100 sets of the books available at the following stores for in-person pickup on a first-come, first-served basis until they’re gone: