Amazon now sells its own brand of TV sets with Alexa embedded. 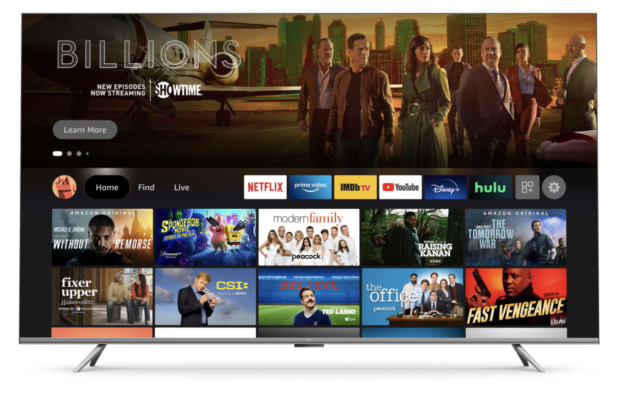 Amazon previously sold streaming sticks and partnered with TV makers such as Toshiba on TVs that featured embedded Fire TV and Alexa experiences, but this is the first time Amazon is selling its own branded TVs.

Selling its own TVs allows Amazon to better control the Alexa and Fire TV features, and also set its own price, CNBC noted. It’s also a strategic move against competitors such as Google and Roku in the race to own in-home entertainment.

Amazon also announced the new Fire TV Stick 4K Max, retailing at $54.99 in the U.S. Hailed as the company’s “best streaming stick yet,” it has 40% more power than the Fire TV Stick 4K, and supports WiFi 6.